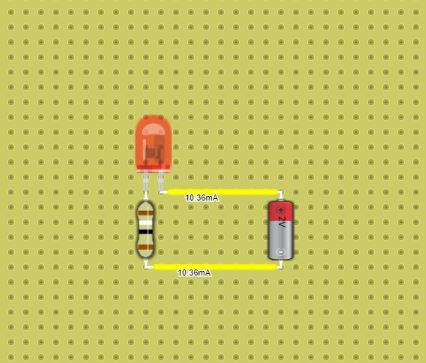 We keep introducing the new updates in the DCACLAB in order to provide you the more real like experience in the virtual lab.

In this update the LEDs will blow if the current exceeds above 20mA or 0.02A. You will have to apply a suitable value of resistance in order to use the LED just similar to real life circuits.

With a recent update in the DCACLAB a feature in LED was introduced in which you select the color of the LED and its corresponding threshold voltage takes into effect.

Below is the list of the color and its threshold or forward voltage which you will find while switching the colors of the LED.

We keep improving the Lab in order to provide you the more real life experience with the electrical and electronics. We recommend you to subscribe to our news letter in order to get the exciting updates we make regularly.