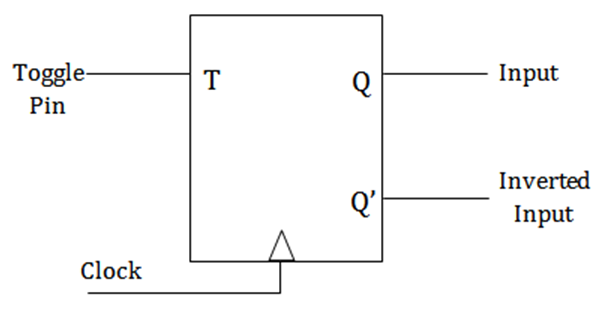 Flip – flops are one of the most fundamental electronic components. These are used as one-bit storage elements, clock dividers and also we can make counters, shift registers and storing registers by connecting the flip flops in particular sequences. These flip flops use feedback concept to create sequential logic where the previous state affect future states (unlike combinational circuit).

An essential characteristic of flip flops is that it changes its state whenever there is a positive or negative transition on the control signal. Also, we need to define the input-output relationship here. The common types of flip flops are as follows:

Among the above four, only D and J-K flip flops are available in the integrated IC form and have immense applications.

As told above, J-K flip flop with certain modifications is T flip flop. Q and Q’ are the output states of the flip flop. We can see from the table that with the change in input, output state changes. But point to note here is all these happen in the presence of the clock signal. For complementary input, its working is different from that of J-K & S-R flip flops. This only has a toggling function.

We can modify the input-output relationship of a flip flop by adding logic gates and appropriate interconnections.

When input T is low, both present and next state will be same:

When input T is high, next state will be the inverse of the present state:

From SR or JK to T Flip Flop

If we have an SR flip flop, then by using two AND gates inappropriate places we can achieve the required T flip flop. 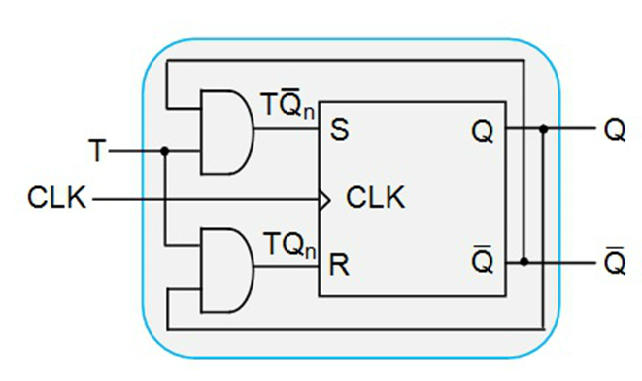 The process for JK flip flop is even easier. No additional gates are required and we just need to connect the same input signal to both input pins. 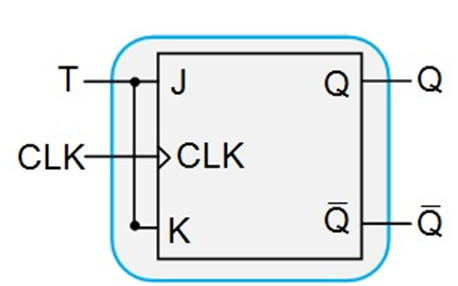 From D to T Flip Flop

For converting D flip flop to T flip flop, connect an XOR gate between T and Q and give its output as input to D. 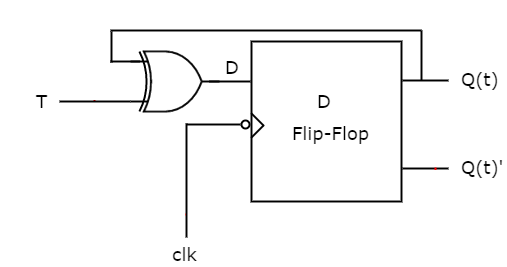 For storing data, we generally prefer shift registers & registers. But, the primary concern is always about the size. Therefore, this 2 – bit parallel load register instead of the 4 -bit register can be a help.

So, we mainly have two tasks here: holding the data & loading it in parallel. I guess you should be able to tell that how to hold the data.

Now comes the difficult part of loading it in parallel. The value of X should go to the output of the flip flop. We need to use a 2 x 1 MUX here. We XOR the present state output with the X input and give it to the MUX. The other input for MUX will be a logic low signal (a constant 0). Finally, the output of the MUX is connected to the input of the T flip flop. 2 such combinations are needed as it is a 2 bit register.

Now, a question should arise in your mind that how to make the circuit for the frequency divider!

So the answer is by giving the Q’ as feedback to the input T. 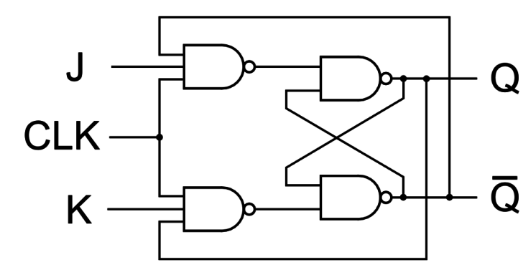 Inductors in Series Explained in Detail